And according to Charles Goodhart, professor at the London School of Economics and senior economic consultant to Morgan Stanley, demographics explain the vast majority of three major trends that have shaped the socioeconomic and political environments across advanced economies over the past few decades. Those three would be declining real interest rates, shrinking real wages, and increasing inequality.

Goodhart & Co.’s contentions aren’t necessarily novel, with versions of these conclusions having been articulated by Toby Nangle, head of multi-asset management at Columbia Threadneedle Investments, and given a U.S. focus by Matt Busigin andGuillermo Roditi Dominguez, portfolio managers at New River Investments.

But Goodhart’s work is a particularly thorough and forceful manifesto.

The conditions that fostered these three intertwined major developments are nearly obsolete, writes the former member of the Bank of England’s Monetary Policy Committee and other analysts from Morgan Stanley, and this has profound implications for the framework of the global economy in the decades to come.

Goodhart argues that since roughly 1970, the world has been in a demographic sweet spot characterized by a falling dependency ratio, or in plainer terms, a high share of working age people relative to the total population. At the same time, globalization provided multinational companies the ability to tap into this new pool of labor. This positive supply shock was a negative for established workers, forcing down the price of labor as capital flowed to these areas.

“Naturally, and quite properly, the West supplied much of the management; the East supplied the labor,” wrote Goodhart.

Outsourcing labor to less costly locales kept wages at home from rising too fast. This, in turn, entailed that inflationary pressures were benign, as best depicted by the concept of the Great Moderation, or the idea that central bankers were better able to stabilize the business cycle.

As companies were encouraged to boost capacity with workers rather than capital equipment, this put downward pressure on the cost of the latter.

“Access to a new reserve army of cheap global labor through globalization has encouraged companies to invest in this workforce rather than in capital at home. A garment company, for example, could choose to build a highly automated, capital-intensive factory in the U.S. or build a low-tech, high-labor factory in the Far East,” said Toby Nangle, who published a column on the connection between labor power and interest rates in May. “For years, companies have been choosing the latter option, which reduces the requirement for capital in the West, thereby reducing the price of that capital.” 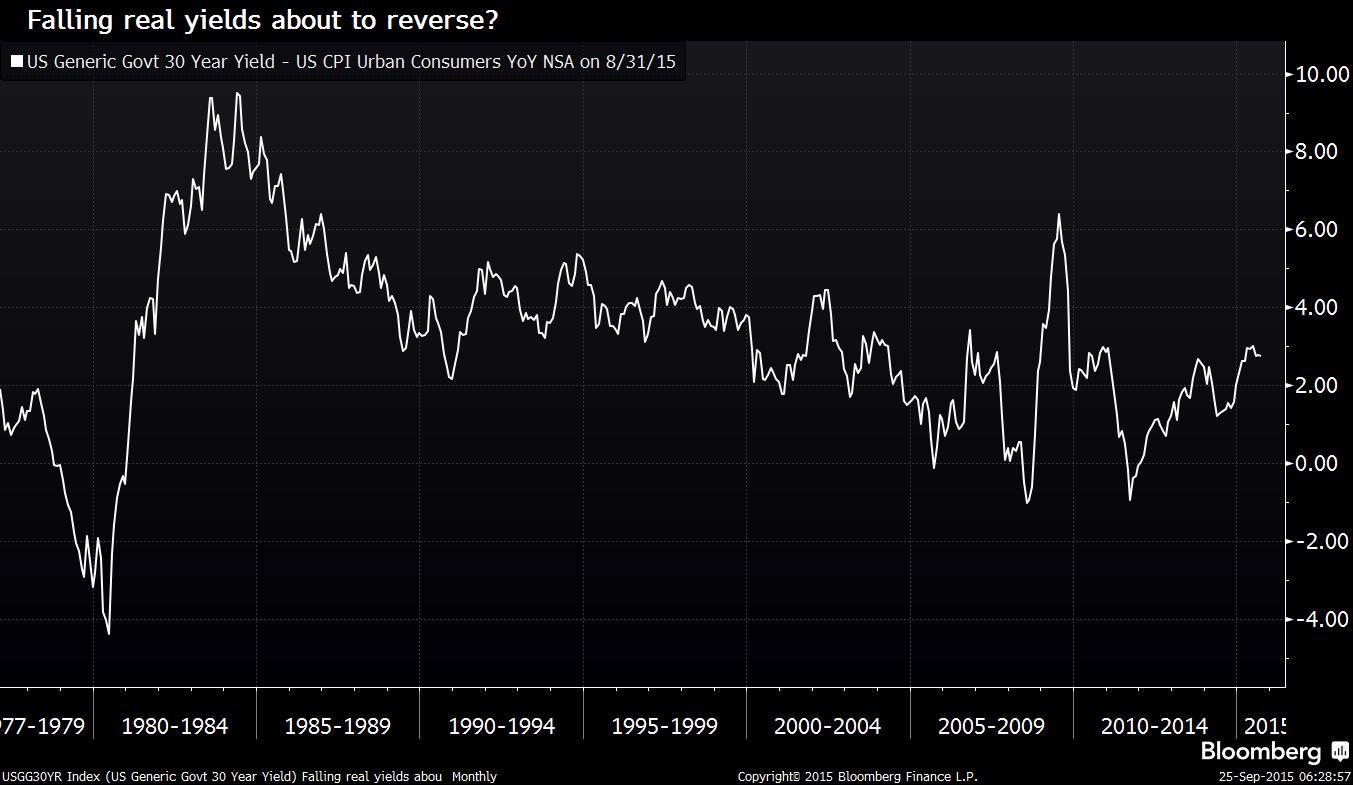 Subdued inflation – attributable to the ability to access cheaper workers outside domestic borders – also ensured that monetary policy did not get too restrictive. This was conducive to asset price appreciation. The wealthiest segment of the populace own a the vast majority of financial assets, and saw the value of their portfolios rise at a rate far faster than wages at the lowest end of the scale. This exacerbated income and wealth inequality within advanced economies.

And if demographics can explain two-thirds of these phenomena, then the particular policy mix instituted by China’s authorities surely explains the remainder.

“China’s economic markets joined the global economy but its financial markets did not,” writes Goodhart. “When China’s labor force joined the global economy with a capital/labor ratio that was well below global standards, the relatively closed financial markets allowed China’s domestic real interest rate to remain very low in order to drive capital accumulation at home.”

The ensuing savings glut in China was recycled back into U.S. Treasuries, and put downward pressure on real interest rates. As such, the abundance of cheaper labor was only one avenue by which the world’s second-largest economy contributed to these global trends.

So what now, as the conditions that fostered these long- decades-defining demographic trends dissipate?

As dependency ratios rise, with a greater share of retirees relative to workers, “all three trends could reverse,” argues Goodhart.

One implication, elucidated by FT Alphaville’s David Keohane, is that intergenerational warfare, rather than battles drawn between class lines, is poised to rear its ugly head.

And as for Piketty? Well, his thesis may have reached its best-before date — if it was even on the mark to begin with.

“So, we believe that demographic trends were one of the main causes of rising (within country) inequality in recent decades; and it was nothing to do with some innate tendency for returns to capital to exceed growth,” wrote Goodhart’s team in a direct challenge to the French economist’s tome, Capital in the Twenty-First Century.

A shrinking labor force relative to dependents in advanced economies will work to quell income inequality within countries, while a stretch of stronger growth from emerging economies versus the Western World will continue to help income equality increase between nations.

Perhaps most importantly, Goodhart and his predecessors’ works offer a compelling rebuttal to the theory of secular stagnation — essentially that we’ll need negative real interest rates to achieve subpar growth and full employment.

“It puts that in contention, and it puts it in contention with reference to data rather than hyperbole, and puts it in a theoretical framework that people can engage with,” said Threadneedle’s Toby Nangle.  “We can start to think about what data we should be looking for to test this, and luckily enough, we’re looking to the fact that dependency ratios in developed markets and some emerging markets have already reached inflection points just about now.”

So the Japanification of advanced economies is far from set in stone.

Unlike many other economists, Goodhart does not believe the demographic backdrop of an aging population is inherently deflationary. The pool of labor around the globe that kept wages suppressed domestically on the island nation has nearly run dry; Japan, in other words, was a victim of circumstance. More generally, in order to meet the obligations of the state, the shrinking pool of workers will be forced to pay higher taxes at the same time that they’ll be in a position to haggle for better wages.

“This is a recipe for a recrudescence of inflationary pressures,” wrote Goodhart. “The present concerns about deflation are fleeting and temporary; enjoy it while it lasts.”

All the while, it’s not as though septuagenarian retirees will have a particularly high savings rate.

“Somewhat annoyingly, one of the key takeaways from this analysis is that actually, core duration, government bonds, may not be such a good portfolio diversifier,” he said. “If [the] backdrop is for secularly rising real bond yields, back towards old fashion levels, and discount rates rises, correlations are likely to be somewhat higher between risk assets and government bonds.”

And while this theory of what drives interest rates and inequality is gaining traction, it’s still far from the mainstream view.

“Monetary policy makers, particularly in the U.S., do not view the economy in this lens at all, yet,” said New River’s Matt Busigin, who wrote A Non-Monetary Explanation for Inflation in November 2013. “The next five to 10 years stand a high chance of being dominated by policy errors on the way to adjusting to a demographically driven policy function.”