The stock market has reached a historic level of quiet 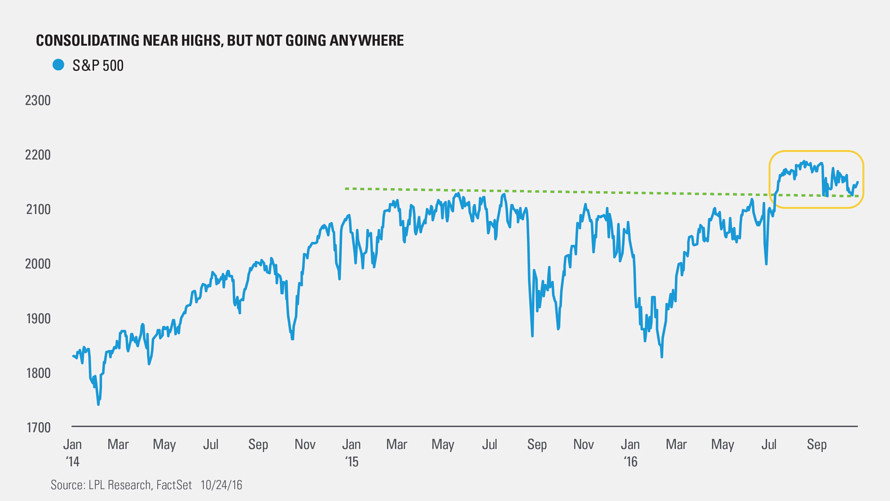 The stock market has reached a historic level of quiet

Since Brexit, the market has stayed close to its record, but can’t seem to make new ones.

Ahead of the end of a lengthy and highly contentious election season, many Americans are holding their breath until it’s over. So is the stock market.

Wall Street has been unusually quiet for months, trading between very narrow ranges, and this is likely to persist until the election is over and a major overhang of uncertainty is removed. Even though Democrat Hillary Clinton is widely expected to win out over Republican Donald Trump, big money managers may be waiting for confirmation of this—as well as clarity on which party will hold the Senate and the House—before they make any big changes to their allocations.

Since the end of June, after the U.K. voted to leave the European Union, the S&P %00 index SPX, +0.00%  has closed within 3% of its all-time high every day, according to data from LPL Financial. That is a streak of 82 consecutive market sessions, a record unmatched since 1995.

And despite that tight range, the benchmark index hasn’t made a new high in 49 days, marking the longest period the S&P 500 has avoided making a record—while still staying within 3% of its record—since 1928, before the onset of the Great Depression.

“What has happened the past four months is truly historic, in that nothing has happened,” Ryan Detrick, LPL’s senior market strategist wrote in a research note. “For equities to trade in this tight of a range near all-time highs is extremely rare and we probably have the election to thank for it, as big money would rather wait until the results before making any moves.” He added that a spike in volatility was likely “should there be any curveballs to either Clinton or Trump’s campaign.”

The lack of big swings has been a trend this year—between July 8 and Sept. 9 the S&P 500 didn’t close with a move of 1% in either direction, an extremely long period by historical standards—but it is particularly unusual of late given that October is known as one of the more volatile months for the S&P 500, the Dow Jones Industrial Average DJIA, +0.29%  and the Nasdaq Composite Index COMP, -0.27%

The lack of movement underlines how investors had few places to go, with bond yields hovering at rock-bottom levels and other regions seeing slowing growth. By trading so close to records, and with the S&P’s P/E ratio above its long-term average, it’s difficult to argue that the U.S. equity market is cheap; still, investors have bid indexes up on any sign of a pullback. Recently the market has been able to weather some disappointing corporate results, including a sixth straight quarter where S&P 500 earnings are expected to contract, as well as some weak data out of both the U.S. and China.