Gold Is Nearing a 1-Year High, but Gold Stocks Are Lagging — Here’s Why 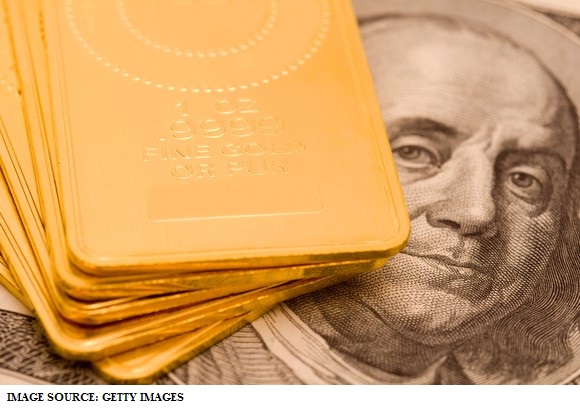 Gold Is Nearing a 1-Year High, but Gold Stocks Are Lagging — Here’s Why

September 7, 2017 Pujol Blog 0 Comments
Sean Williams  Sep 7, 2017
It’s very quietly been a very strong year for physical gold. Following a late 2016 swoon, the lustrous yellow metal has rallied from its $1,150.90 an ounce close on Dec. 30, 2016, to hit a 2017 high of $1,339.40 an ounce. At $1,339, gold is just $10 an ounce from hitting a one-year high.Three catalysts pushing gold higherWhy has the spot price of gold rallied so strongly? Lately, uncertainty in many forms has played a key role. This past week’s nuclear test in North Korea shook investors, sending them fleeing to safe-haven investments such as gold. In addition, uncertainties over Congress’s ability to pass corporate tax reforms, which are being counted on to boost U.S. GDP growth, has some pundits favoring gold relative to stock-based equities.

Uncertainty and lower-than-expected inflation rates have also been doing a number on the U.S. dollar. In recent weeks, the dollar hit multiyear lows against the euro and at least one-year lows against a handful of other major currencies. The dollar and gold usually move in opposite directions, meaning the dollar’s weakness has been a green light for gold investors.

That the Federal Reserve is walking on eggshells is yet another catalyst for physical gold. Monetary tightening — which is what happens when the Fed raises its federal funds target, leading to higher interest rates — is typically bad news for gold and other precious metals. Rising rates tends to push the yields of interest-bearing assets higher, which in turn makes gold, a non-yielding asset, less appealing. However, weaker inflation and jobs data could stymie the Fed’s hopes of boosting interest rates in the next couple of quarters. With U.S. Treasury yields still relatively low, gold is looking better than many investors expected in a rising-rate environment.

Say what? Most gold stocks are down over the past year

However — and here’s where things getting really interesting — even though the lustrous yellow metal is relatively unchanged over the trailing one-year period, just 11 of 41 gold stocks, according to data from Finviz, are up over the trailing year. The data is a bit more encouraging on a year-to-date basis, with 25 of 41 heading higher, but just 19 out of 41 have outperformed the 16% year-to-date move higher in gold prices through Sept. 6, 2017.

The answer to this relative lag can be found in the underlying earnings reports of gold-mining companies. While the rising price of gold is excellent news for margins, assuming costs remain static, fall, or rise at a slower pace than the price of physical gold, mining companies only get the benefit of the average selling price of gold sold during a quarter. The chances that a gold company will unload its production on the exact day that gold hits its peak price is very slim. It’s common for gold miners to hedge their sales throughout the quarter, meaning the average price mining companies are netting on their gold right now is almost certainly lower than $1,339. In other words, it lags a bit if gold prices are on the rise, as well as when they decline.

In addition to this lag, investors also want to see if spot gold has staying power above $1,300 an ounce. Quick spikes higher in precious metals can create a short-term euphoria for precious-metals investors, but it will do very little to a company’s bottom line if spot prices don’t stabilize at a higher level.

Streaming and royalty companies to feel the most immediate impact

So, what can we expect from gold stocks? It’s tough to say until we know whether spot prices will stabilize above $1,300. If gold prices hold above $1,300 for a sustained period, the profit potential of most precious-metal mining companies should rise.

In the interim, though, precious-metal streaming and royalty companies such as Royal Gold(NASDAQ:RGLD) and Wheaton Precious Metals (NYSE:WPM) look uniquely positioned to take advantage of this recent move higher in gold prices.

Streaming and royalty companies aren’t miners in the traditional sense of the word. They don’t monitor or pay for the day-to-day operations of mines. Instead, they provide upfront capital to companies looking to expand an existing mine or develop a new mine. In exchange for this upfront cash, streaming and royalty companies receive a percentage stake in the production of the mine they helped finance, usually for a long period of time, and at a very favorable below-market cost. These companies then turn around and sell the production they receive per their contracts at the spot price of gold, silver, or copper, and pocket the difference. Because the realized price they pay their contracted partners is so low, the share price of these companies tends to be more sensitive than traditional gold miners when spot gold prices move up or down significantly.

For example, Royal Gold wound up generating record revenue of $441 million in fiscal 2017, which it reported in August, but its cost of sales (i.e., what it paid to its contracted miners for production delivered) was just $87 million. The company does have other expenses, including general and administrative, as well as depreciation, depletion, and amortization, but it also has one of the highest gross margins in the industry.

The same can be said of Wheaton Precious Metals, which in the second quarter wound up reporting average cash costs of just $4.51 per silver ounce and $393 per gold ounce.  Wheaton receives about half of its revenue from each metal, and based on their current spot prices, the company is generating a cash operating margin of more than $13 an ounce for silver and $940 an ounce for gold.

The next few weeks will be critical for gold stocks. If its spot price stays above $1,300, we could see a new round of investing as Wall Street’s profit forecasts adjust higher.

Mark Cuban predicts this will make someone a trillion dollars

Shark Tank’s Mark Cuban recently predicted that an emerging tech trend would make someone $1 trillion. That lucky future trillionaire is just the beginning — and the trend itself could be worth as much as $19.9 trillion.

Fortunately, this hasn’t yet gone mainstream — most people haven’t recognized the scale of opportunity here.

We believe that one market expert has the right answer for investors looking to get in early — and potentially win big.