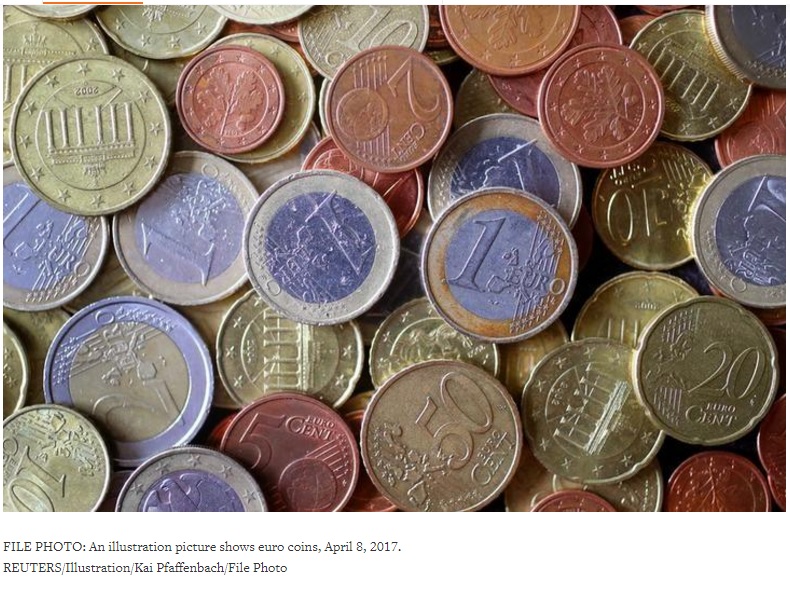 “The bigger story here is one of broad dollar weakness … (and) it doesn’t look very positive for the greenback in the near term,” said Alvin Tan, an FX strategist at Societe Generale in London.

Both the Japanese yen JPY= and the Swiss franc CHF= notched up gains against the dollar after news on Sunday of North Korea’s sixth and most powerful nuclear test, prompting the United States to warn of a “massive” military response if it or its allies were threatened.

Even the Chinese currency traded in the overseas market CNH= rose to a 15-month high against the U.S. dollar on Monday.

“The reaction in the markets is a classic risk-off reaction to the geopolitical events but a notable exception is the continued euro strength,” said Neil Jones, head of hedge fund sales at Mizuho Bank Ltd in London.

The euro’s price action on Monday was all the more surprising given the overhang of long bets on the single currency that have grown rapidly this year and before the European Central Bank policy meeting this week.

That rise has come at a time when expectations of the ECB announcing a timeline for a withdrawal of its bond purchase plans have reduced sharply in three weeks to less than a fifth from over half of the total number of analysts in Reuters polls.

Morgan Stanley strategists do not expect any pushback from ECB policymakers on the euro’s strength as the currency has been rising on the back of strengthening economic fundamentals.

Moreover, the ECB has a noticeable bias of talking about the currency when it is on a weaker trajectory, according to data-mining of all the ECB policy statements and news conferences since 1998.

In its last statement in July, the currency had a low number of mentions of 9 times, they said.

However, price action was subsiding after the morning flurry as Wall Street traders do not return from the Labor Day holiday until Tuesday in a week filled with central bank meetings that are expected to dominate market attention.

Apart from the European Central Bank, both Australia and Canada’s central banks also have policy meetings.