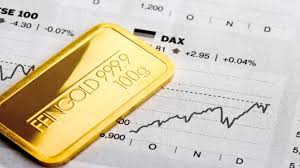 Gold prices extended losses on Wednesday, September 28 after Federal Reserve Chair Janet Yellen testified before Washington lawmakers. The precious metal suffered these declines after dropping to a one-week low the day before.

December gold futures had fallen to as little as $1,321.10 per ounce as of roughly 2 p.m. EST, nearly 7% below their opening price of $1,330.10, CME Group data reveals. This decline came after the contract fell $13.70 per ounce on Tuesday, September 27, MarketWatch reported.

“The pattern suggests that investors view Clinton winning the election as a risk-on development, while a potential Trump win could lead to an environment of risk aversion,” he continued.

The decline that gold prices experienced following the debate continued on September 28 after Yellen told the House Financial Services Committee that the Fed has no “fixed timetable” for tightening monetary policy and making it less accommodative, CNBC reported. (For related reading, see: The Federal Reserve: What Is the Fed?)

Inflationary pressures have been modest, she noted. Such a situation makes it easier for the central bank to keep its benchmark rate low. However, changing economic conditions could potentially motivate the central bank to hike these rates more quickly.

Gold prices benefit from low interest rates, according to some market observers. The precious metal does not make interest payments like many other risk-off assets, so rising interest rates could make gold less appealing to investors and drive its price lower.

Yellen did provide some insight on the likelihood of a December rate hike, deferring to the statements of several Fed colleagues that if the economy faces no new risks, monetary tightening would be appropriate. The central bank has kept its benchmark rate close to zero for the better part of a decade as inflation has remained modest and economic conditions have stayed lackluster. (For more, see: As Fed Rate Hike Looms, Hawks and Doves Remain Divided.)

However, hiking these rates too quickly could pose a threat to the U.S. recovery, Yellen emphasized during her testimony.
Credits