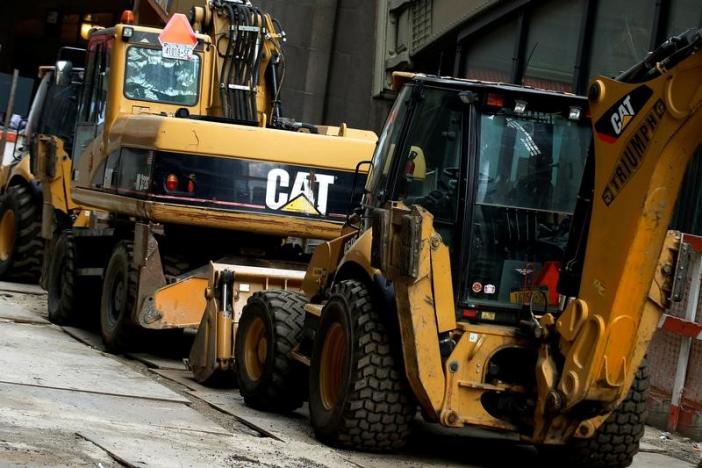 New orders for U.S.-made capital goods rose more than expected in November amid strong demand for machinery and primary metals, suggesting some of the oil-related drag on manufacturing was starting to fade.

Other data on Thursday showed the economy grew faster than previously estimated in the third quarter, notching its quickest pace in two years. And while the number of Americans applying for unemployment aid hit a six-month high last week, it remained below a level that is associated with labor market strength.

There were increases in orders for electrical equipment, appliances and components, as well as computers and electronic products. Economists polled by Reuters had forecast these so-called core capital goods rising only 0.3 percent in November.

The dollar initially rose against a basket of currencies on the data, but later gave up gains to trade flat. Prices for U.S. government bonds slipped, while U.S. stock index futures rose.

A collapse in oil prices last year, together with a surge in the dollar, pressured manufacturing. Much of the impact has been through weak business spending on equipment, which has contracted for four consecutive quarters.

But with oil prices hovering above $50 per barrel, manufacturing, which accounts for 12 percent of the U.S. economy, is starting to perk up. Gas and oil well drilling has risen over the last several months.

The incoming Trump administration has promised to slash taxes, remove some regulations and increase infrastructure spending. But manufacturing gains are likely to be limited by renewed dollar strength in the wake of Trump’s victory.

Since Trump’s Nov.8 election victory, the dollar has increased 4.4 percent against the currencies of the United States’ main trading partner on concerns that the business mogul’s policy agenda could fan inflation.

The U.S. central bank lifted its benchmark overnight interest rate by 25 basis points to a range of 0.50 percent to 0.75 percent, also encouraged by a sturdy labor market. The Fed forecast three rate hikes in 2017.

A third report from the Labor Department showed initial claims for state unemployment benefits increased 21,000 to a seasonally adjusted 275,000 for the week ended Dec. 17, the highest since June.

Despite the increase, it was the 94th straight week that claims were below 300,000, a threshold associated with a healthy labor market. That is the longest stretch since 1970, when the labor market was much smaller. The labor market is viewed as being at or near full employment.

Claims tend to be volatile around this time of the year because of different timings of the various holidays. The four-week moving average of claims, considered a better measure of labor market trends as it irons out week-to-week volatility, increased 6,000 to 263,750 last week.
Credits