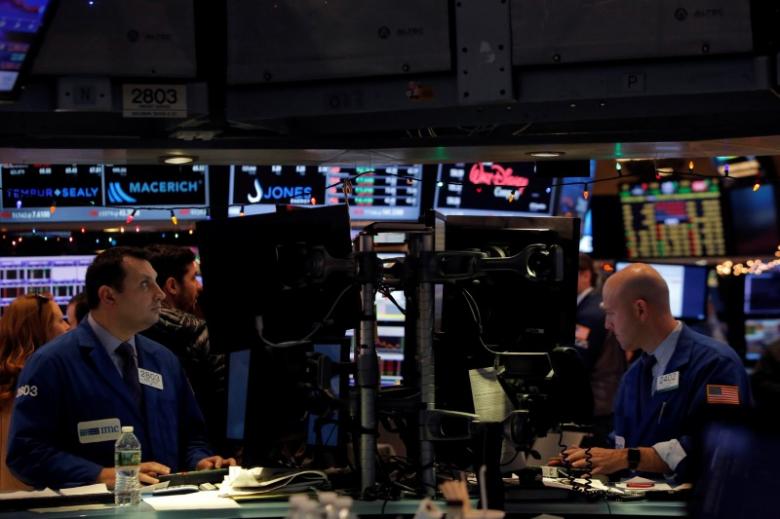 Strong economic data and gains in healthcare stocks propped up Wall Street on Thursday, a day after the S&P 500 suffered its biggest fall in two months.

A report showed the number of Americans applying for jobless claims fell by 10,000 to 265,000 last week, indicating sustained strength in the labor market.

U.S. equities had been enjoying a rally since the presidential election in November on bets that Donald Trump would introduce tax cuts, deregulation and higher infrastructure spending that would spur economic growth.

The near two-month rally has seen the three main Wall Street indexes rack up double-digit percentage gains, but has left some market participants nervous about a potential correction.

The S&P 500 index suffered its biggest one-day percentage drop on Wednesday, following weak housing data and losses in the technology sector. The triple-digit loss on the Dow pulled it further away from its march toward 20,000.

Nine of the 11 major S&P 500 sectors were higher, led by gains in industrials .SPLRCI and utilities .SPLRCU.

Cempra (CEMP.O) dropped 50 percent to $2.98 after the drug developer said the U.S. Food and Drug Administration rejected its antibiotic treatment for pneumonia.