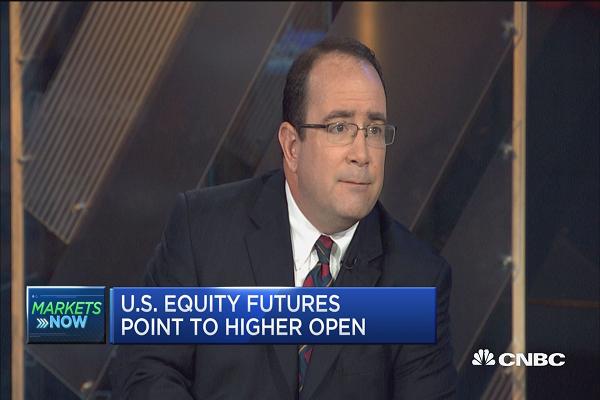 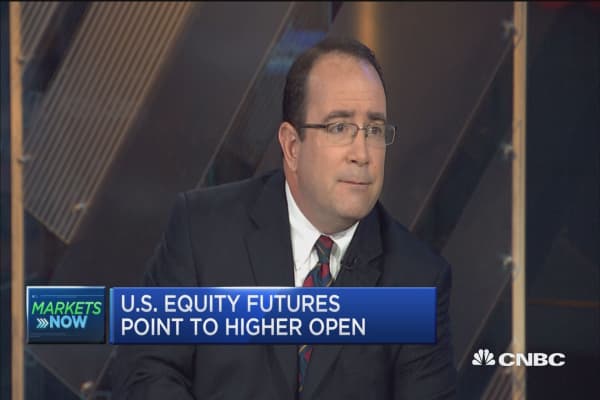 “The market probably would have to drop somewhere between 30 and 40 percent to get to fair value, based on historical standards,” said McMillan, chief investment officer at Massachusetts-based Commonwealth Financial Network.

The Dow Jones industrial average and the S&P 500 closed at record highs Friday. The Dow had its best week of the year. The Nasdaq hit a trading high during the session on Friday, but just missed ending at a record.

Part of McMillan’s thesis is rooted in his belief that the lofty levels of the so-called FANG stocks — Facebook, Amazon, Netflix and Google-parent Alphabet — seem reminiscent of the dot-com bubble in the late 1990s.

“I’ve been saying for about the past year, this year looks a lot like 1999 to me,” McMillan said on “Squawk Box.” “If you look at the underlying economics [and] if look at the stock market, the similarities are remarkable.”

The Nasdaq, which has numerous tech listings, accelerated to a multiyear rally all through 1999 and then peaked on March 10, 2000, at 5,132.52 during the trading session before closing that day at 5,048.62. The index then tanked over two years and subsequently languished. It took 15 years to get back over 5,000. The Nasdaq closed at 6,448 on Friday.

With that mind, McMillan said: “Take as much risk as you want now. But you should be aware that at some point the market is going to pull back.”

But he said it’s not going to happen right away. “Right now, a recession is a good ways away. And that’s the engine for bear markets.” A bear market is defined by a 20 percent decline from an index’s recent peak.

The idea that tech stock valuations are approaching or eclipsing dot-com bubble levels is shared among other analysts on Wall Street.

However, McMillan’s assertions that the overall stock market would be at fair value at prices as much as 40 percent lower than today appears to be an outlier.