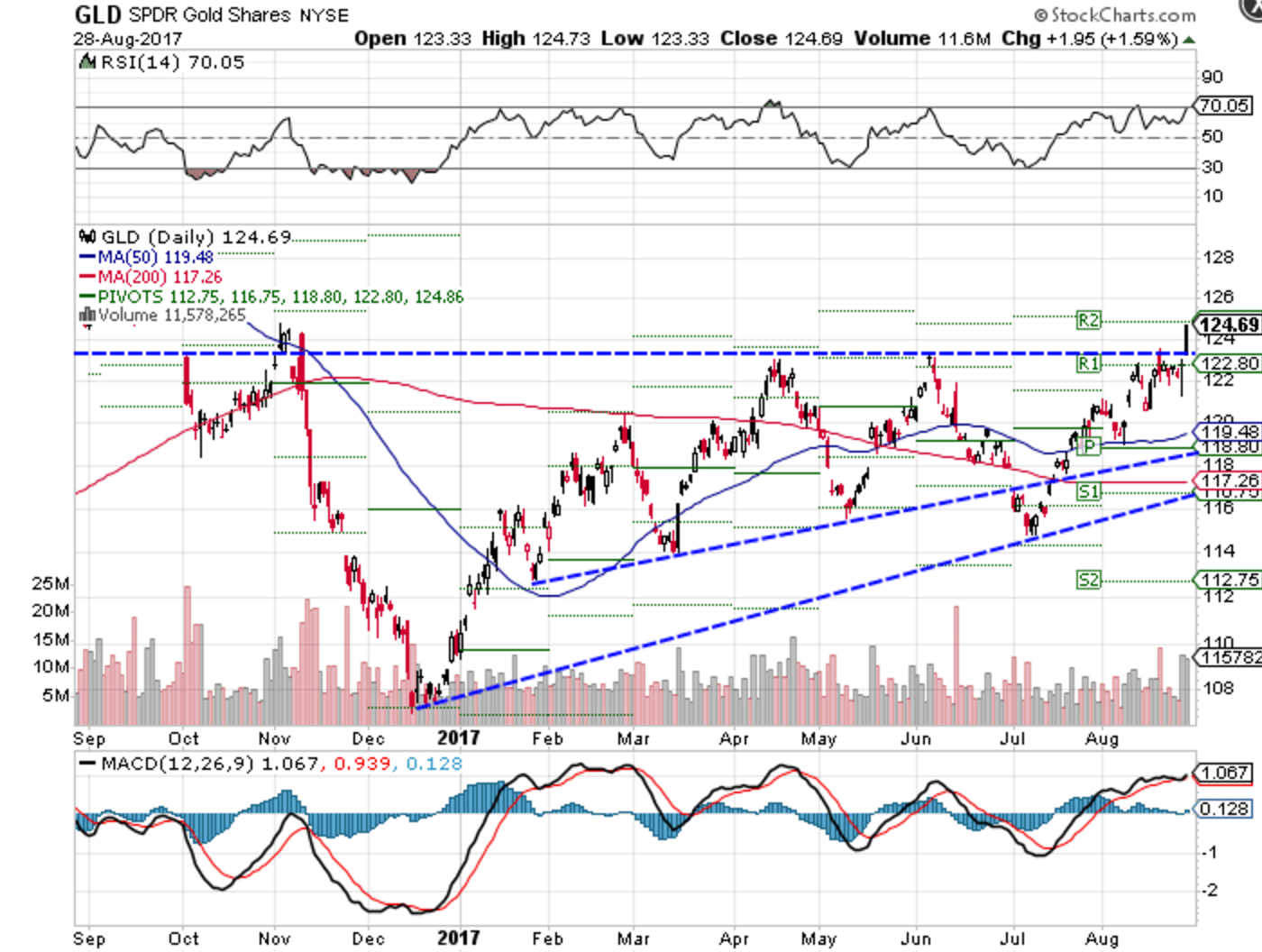 Gold prices broke out from key resistance levels at $1,300 per ounce on Monday after North Korea launched a ballistic missile over a Japanese island. The launch represents the fourth test in four days in defiance of warnings made by U.S. President Donald Trump. Tokyo and Washington have requested an urgent meeting of the UN Security Council in response to the latest battery of tests as options for deterring North Korea are quickly diminishing.

Since gold is a safe-haven asset, prices tend to increase as uncertainty in the global market rises and equities move lower. Gold prices have moved sideways over the past few years as equity markets have significantly outperformed, but those dynamics could change if the North Korean situation takes a turn for the worst. Many investors interested in gold turn to exchange-traded funds(ETFs) such as the SPDR Gold Shares ETF or the iShares Gold Trust ETF. 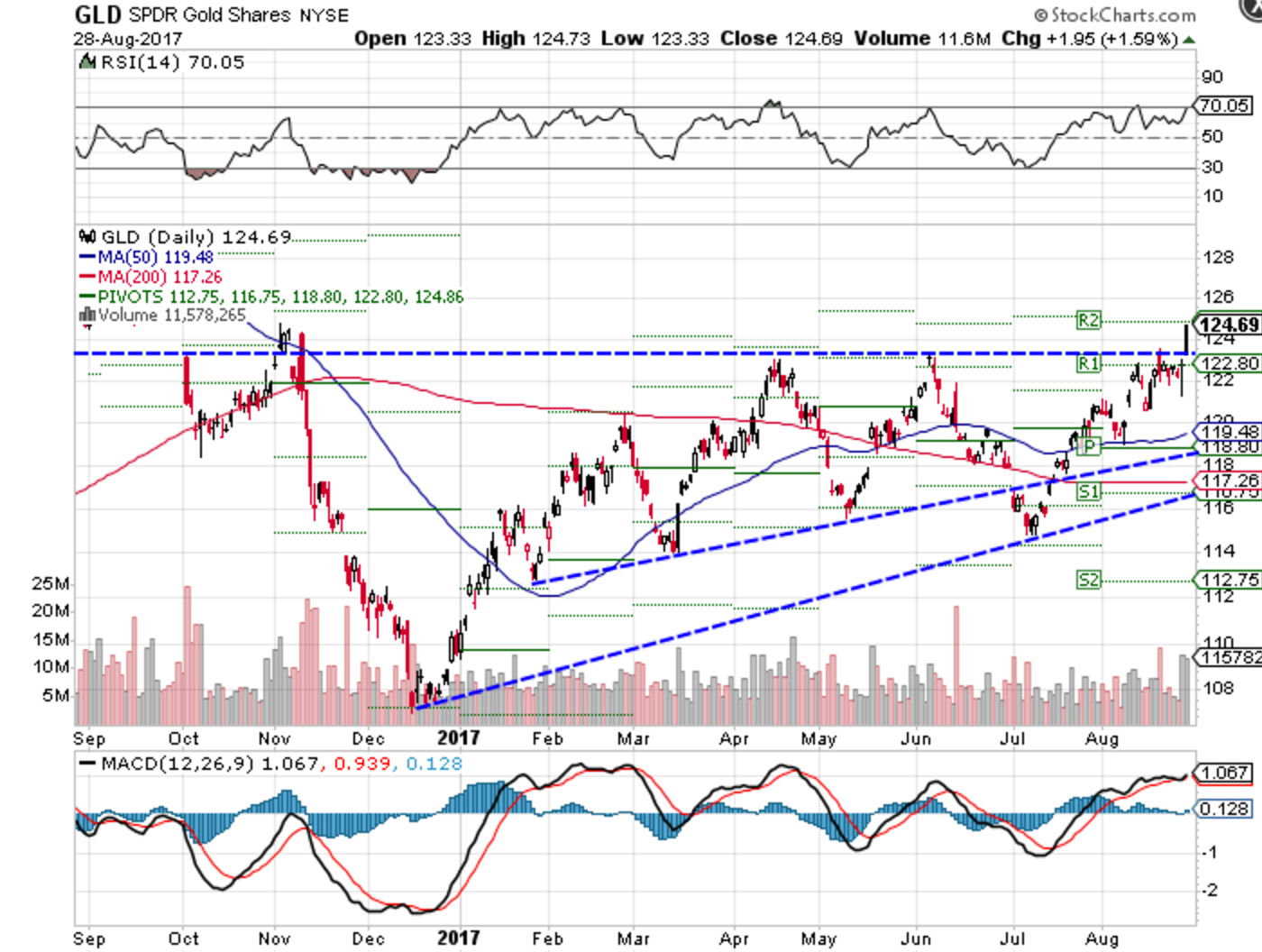 From a technical perspective, the SPDR Gold Shares ETF broke out from upper trendline resistance to R2 resistance at $124.86. The ETF had tested trendline resistance in mid-April, early June and mid-August before this week’s breakout. The relative strength index (RSI) appears overbought at 70.05, but the moving average convergence divergence (MACD) remains in a bullish uptrend dating back to mid-July.

Traders should watch for an extended breakout from R2 resistance to fresh highs, with the next major resistance level at around $132.00 at prior highs made in mid-2016. If the ETF fails to break out, traders could watch for a move below R1 support at $122.80 to the 50-day moving average at around $119.48. Traders may want to maintain a bullish bias on gold ETFs for the time being given the heightened risks associated with North Korea. (For more, see: Washington Woes Buoy Gold ETFs.)

Chart courtesy of StockCharts.com. The author holds no position in the securities mentioned except through passively managed index funds.