Everything you thought you knew about budget deficits is wrong 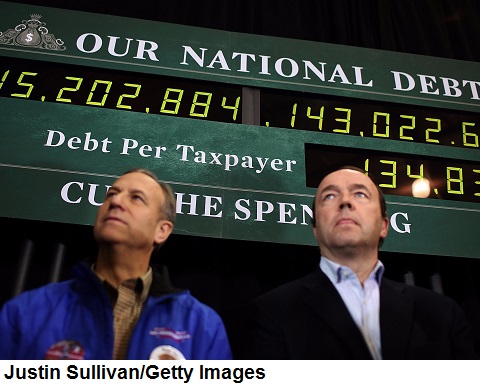 Everything you thought you knew about budget deficits is wrong

Except, in this case, the conventional wisdom is dead wrong, according to a new paperpresented at the Federal Reserve Bank of Kansas City’s annual Jackson Hole symposium.

“Even in countries with high public debt, the penalty for activist discretionary fiscal policy appears to be small,” wrote Alan J. Auerbach and Yuriy Gorodnichenko, economists from the University of California, Berkeley.

It’s not that governments should spend willy-nilly at all times. But there’s strong evidence that targeted spending boosts aimed at generating jobs and economic activity in the short-run can have a self-fulfilling positive momentum, which itself generates more growth.

Auerbach and Gorodnichenko are unequivocal.

“The Great Recession and the Global Financial Crisis have left many developed countries with low interest rates and high levels of public debt, thus limiting the ability of policymakers to fight the next recession,” they argue.

“Whether new fiscal stimulus programs would be jeopardized by these already heavy public debt burdens is a central question. For a sample of developed countries, we find that government spending shocks do not lead to persistent increases in debt-to-GDP ratios or costs of borrowing, especially during periods of economic weakness. Indeed, fiscal stimulus in a weak economy can improve fiscal sustainability along the metrics we study.”

The findings fly in the face of economic arguments favoring fiscal austerity, including those backed by a famous and controversial paper written by Carmen Reinhart and Kenneth Rogoff of Harvard University.

That research was controversial in part because a graduate student later uncovered a basic spreadsheet error that undermined a key finding of the paper — that government debt levels in excess of 90% of annual output of gross domestic product started to create problems for nations.

Critics also say Reinhart and Rogoff’s findings were used to back flawed agendas of steep economic austerity not only in Europe but also in the United States at a time when fiscal policy should have arguably been pushing hard against a deep recession, just as was the case for central banks and monetary policy.

A restrictive fiscal policy was in part to blame for the historic weakness of the global economic recovery.
Credits