This Is What Oil at $40 Means for the U.S. Economy

This Is What Oil at $40 Means for the U.S. Economy

The price of oil has tumbled 58 percent this year to reach a six-year low earlier this week. Even if prices stay at these levels, chances are they won’t impact the Federal Reserve’s interest-rate plans.

Seventy percent of economists in a Bloomberg News survey said crude oil prices around $40 per barrel for the next three months would have no impact on the Fed. Of the 30 percent that said it would influence the central bank, the respondents were evenly split between whether it would cause a delay in the first interest-rate increase or slow the hiking path.

The fed funds rate has been at a range of 0-0.25% since the end of 2008 and officials meet September 16-17 to decide whether an interest rate increase is still warranted. New York Fed President William Dudley said Wednesday that the case for raising rates in September is less compelling after recent market volatility.

Oil sustained around $40 through the end of the year will only put prices further from the Fed’s 2 percent target. The median projection of 24 economists is for a deduction of 0.3 percentage point from average, year-over-year CPI this year, which economists forecast at exactly 0.3 percent in a separate survey. 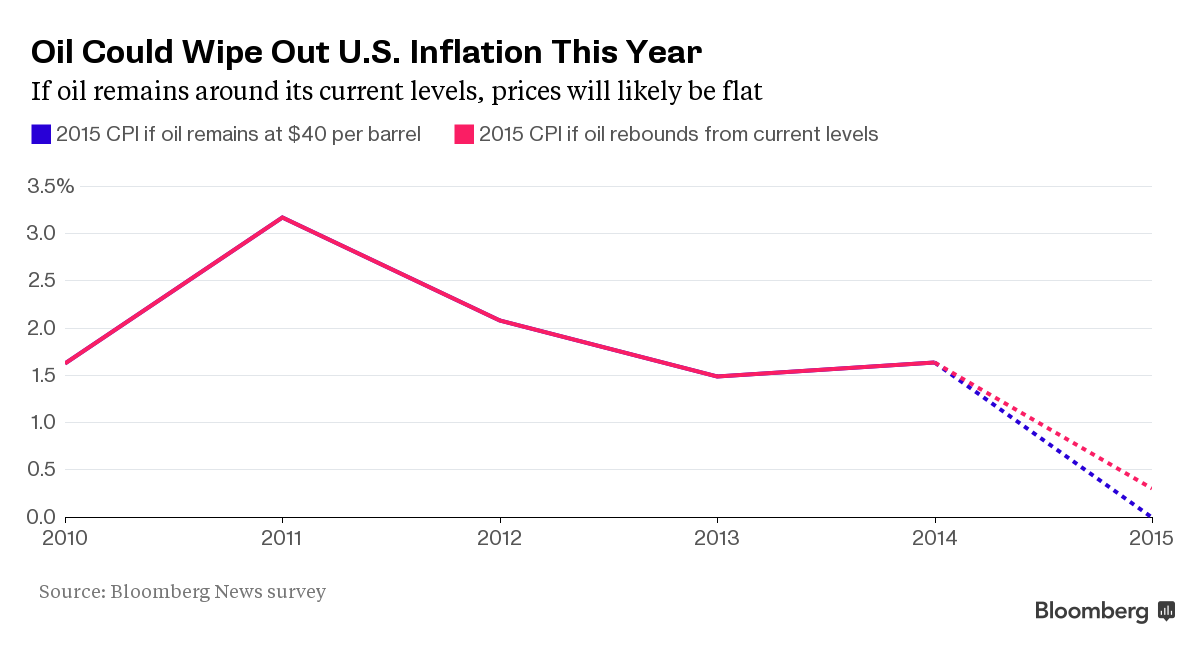 And don’t discount the chance of oil prices, as measured by West Texas Intermediate futures, staying at these lows for at least a while. Economists assigned a 65% probability that crude will stay around $40 per barrel through the end of September. Forty percent said it could stay here until the end of the year. And it could get worse; one in three of the economists said oil will fall to as low as $30 a barrel.

While crude has come down far and fast (prices were as high as $61.43 in June), the drop may actually help U.S. growth. Economists say oil prices sustained at the current levels through the end of the year would boost U.S. GDP by 0.2 percentage point. That scenario would have no impact on U.S. exports and global growth.