The US dollar is becoming a problem 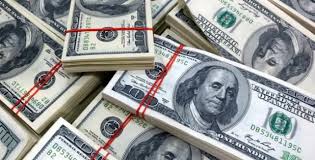 The US dollar is becoming a problem

The US dollar has been getting stronger, but at what point is it just too much for the market to bear?

In short, there’s no simple answer.

The dollar on a global trade-weighted basis has strengthened by about 20-25% over the course of the last year. In the weeks following Trump’s presidential victory, the dollar had one of its sharpest rises ever against a basket of peers – and is now up more than 40% from its 2011 low.

In a research note published on Wednesday, Goldman Sachs Asset Management said the US dollar is overvalued versus its peers.

Additionally, a Bank of America Global Fund Manager survey found that in February, more investors than at any point in the past decade believe the dollar is overvalued, with 41% of managers citing being long the US dollar as the “most crowded trade.”

The latest rally in the dollar has been a bet on the economic policies of the Trump administration.

Proposed policies of tax cuts, fiscal stimulus, and increased infrastructure spending make way for furthering tightening by the Federal Reserve. At its December meeting, the Fed indicated it sees three rate hikes this year. When the Fed increases the fed funds rate, it normally reduces inflationary pressure and works to appreciate the dollar.

Trump’s proposed policies of repatriation of profits and restriction of free trade are also dollar positive.

Moreover, central banks around the world, in particular, the European Central Bank and Bank of Japan, continue to pursue quantitative easing strategies and more accommodative monetary policies. They print money to help fuel growth in their local economies, which devalues their currencies relative to the dollar.

So is it good or bad?

A rising dollar relative to currencies of our trading partners generally make imports cheaper for American consumers, so it is considered good for Americans. However, it also makes exports more expensive for foreign buyers, and can, therefore, hurt large multinational corporations that export a large amount of goods overseas. A strengthening dollar tends to squeeze exports and suck in imports, widening the trade deficit.

Trump and his team have generally argued that the stronger dollar has been a negative for the US economy. In fact, in an interview with The Wall Street Journal, Trump even said the strong dollar was “killing us,” adding that “our companies can’t compete” with Chinese companies “because our currency is too strong.”

Trump’s pick for Treasury secretary, Steven Mnuchin, said in January that while a stronger dollar was generally good for the US because it represented “faith that investors have in doing business in America,” the current strength of the dollar could have “negative short-term implications on the economy.”

The dollar debate has many Wall Street analysts on edge. When asked about the greatest risk to the global economy in 2017, head of US equity strategy at JPMorgan Dubravko Lakos-Bujas said the ongoing trend of US dollar strength.

“If that trend persists, you could see the global economy getting further pressurized. Keep in mind that 60% give or take of the global economy directly or indirectly is linked to the dollar,” said Lakos-Bujas in an interview with Business Insider. “The dollar plays a very important role.”