Coming Natural Resource Market Will ‘Elate or Terrify You’

Coming Natural Resource Market Will ‘Elate or Terrify You’

Rick says he expects some familiar patterns to emerge in the coming year.

See below for his most recent comments. 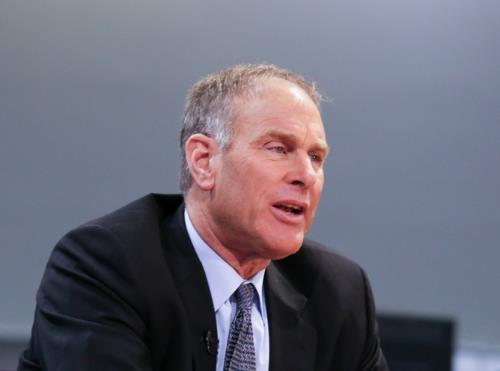 Sprott Global: Rick, you’ve predicted an impending bear-market bottom in precious metals and natural resources. Are we there now?

Rick Rule: I believe we are. We’ll see a rising market with higher highs and higher lows. We’ll also see high volatility — which one day will elate you and another day will terrify you. That’s the way this works.

As we’ve discussed before, bear markets lead to bull markets; and this bear market will end at some point. Let’s take a look back to 2003. The first third of the year was truly terrifying. Buyers were exhausted and a lot of people were selling. The price charts of both commodities and equities looked like ski hills, falling rapidly from the upper left to the lower right of the page.

At the end of the year, we began to see ‘bifurcation.’ The best of the issuers and some of the commodities caught bids. In the absence of sellers this caused dramatic price moves upwards on relatively small volume. Some of the juniors – like Eurasian Minerals Inc., Almaden Minerals Inc., or B2Gold Corp. – went up by double-digits with only minor buying.

That was a classic sign that the bear market bottom had been passed.  Today, we have seen this ‘flat-line’ period in 2013. To signal a start of a new bull market, we should see rising volumes and higher prices.

In the past, a new bull market was preceded by ‘issuer capitulation.’ The better players among small exploration and mining companies – ‘juniors’ – understand that you cannot simply survive. You have to advance your project and grow. You need to deliver value to investors. And for that you must raise money.

In July of 2000, the very best of the exploration companies, which were run by such mining legends today as Ross Beatty, Bob Quartermain, or Lukas Lundin, said:

“We need to raise money. We need to advance our projects, whatever it takes.”

When that decision was made in 2000, it kicked off a spectacular rally in some of the juniors – mainly those that received financing.

Meanwhile, the ‘worst’ of the juniors continued downwards. But the best of the juniors produced high returns during this period. And that is ultimately what kicked off the bull market.

Rick, back in October you mentioned that investors should reorganize their portfolios at the bottom. What is it they need to do?

People – including me – don’t want to admit defeat.

All that matters is what you do with the 40 cents. It doesn’t matter that you paid $4 for this stock. If you believe it’s selling for 40 cents and it’s worth 90 cents, that’s OK. You have made a decision with the 40 cents you have left in the stock. But don’t hold on because it’s too painful to sell.

Getting rid of such a stock is difficult. But the price you paid for a stock is irrelevant to your decision today.

Today, what asset classes do you think will lead a natural resource recovery?

The safest commodities to buy are those that are selling below what it costs to produce them. In these cases, the commodity price must go up or the industry that produces them will go out of business.

Uranium is another example. It cost us $70 a pound to mine. It sells for $35 a pound. Either the price goes up or nuclear power plants shut down – and the lights go out. It’s that simple.

With commodities like platinum, palladium, and uranium, if the prices do not go up, we will stop enjoying the benefits they produce.

15 years ago, I made a similar call on copper. It cost the industry a buck and a quarter to make a pound of copper, but copper was selling for 80 cents a pound. Either the price of copper had to go up or we would run out of copper. Copper is essential to modern life – especially in providing electricity. Sure enough, the price of copper went up.

To me, these are ‘comfortable’ speculations. But the exploration stocks, where you take a lot more risks, is where you can also make much higher returns – if you are right.

In this ‘ragged edge’ of the speculation spectrum, there is one critical task: to identify the best of the companies – those with real assets, proven management expertise, and solid prospects. I believe even the worst of these will probably triple in price over three or four years. The best may generate tenfold or fifteen fold returns.

In the current recovery, we will see higher highs and higher lows. We will see 20 percent perturbations in price that will either elate or terrify you depending on your individual positions.

Rick went on to say what we should see next for the broad market… The three important questions you should ask you financial advisor… And where he thinks the biggest opportunities exist today.  Click here to continue reading.